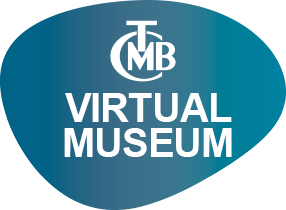 The History of Banknote Printing

The first Ottoman banknotes were issued during the reign of Abdulmejid in 1840 under the name of "Kaime-i Nakdiye-i Mutebere”, i.e. “Paper Money", which were, in a sense, debt certificates or Treasury bonds bearing interest. These banknotes were handmade and stamped with the official seal. As these banknotes could easily be forged and people's confidence in paper money was falling, Kaime banknotes were replaced with printed notes starting 1842. 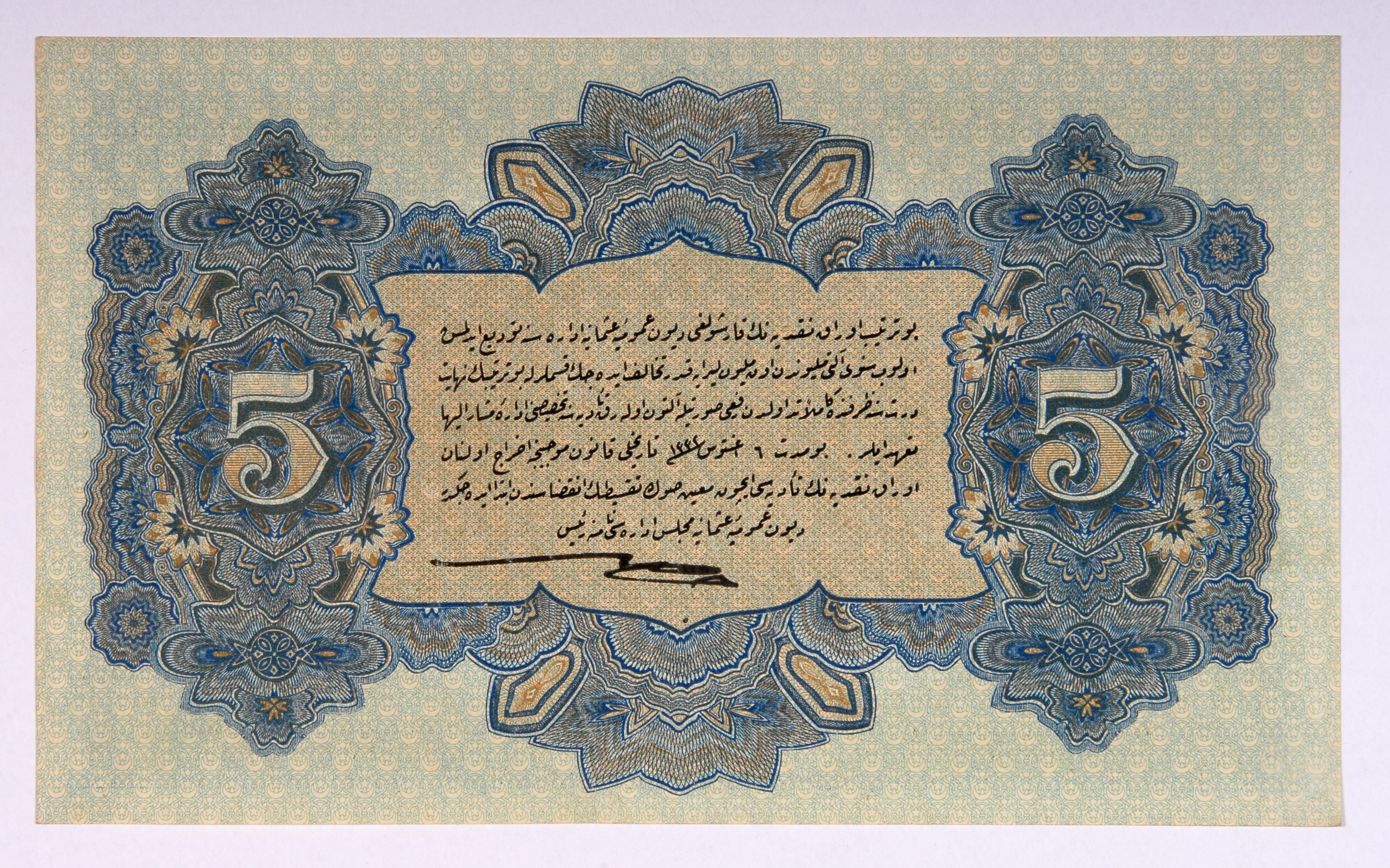 In 1863, the Ottoman State granted the privilege of issuing banknotes to the Imperial Ottoman Bank, which was founded in partnership with French and British financiers, for a 30 year-period. However, with the Ottoman Bank refusing the government’s demands to grant advances and issue banknotes during the First World War, the Ottoman State started issuing a new banknote in 1915 called “Evrak-ı Nakdiye”, i.e. “Cash Documents”, against reserves of gold and German Treasury Bills. As the Republic was still not in a position to issue its own banknotes in its early years, these banknotes remained in circulation until the end of 1927.

Banknotes are symbols of a country’s sovereignty and independence. Thus, the Grand National Assembly of Türkiye decided to issue the first Turkish banknotes by passing a law on 30 December 1925. With this law, Series 1 banknotes were put into circulation on 5 December 1927. As banknotes of these series were printed before the Alphabet Revolution, their main texts were in the Arabic script, whereas their denominations were in French. 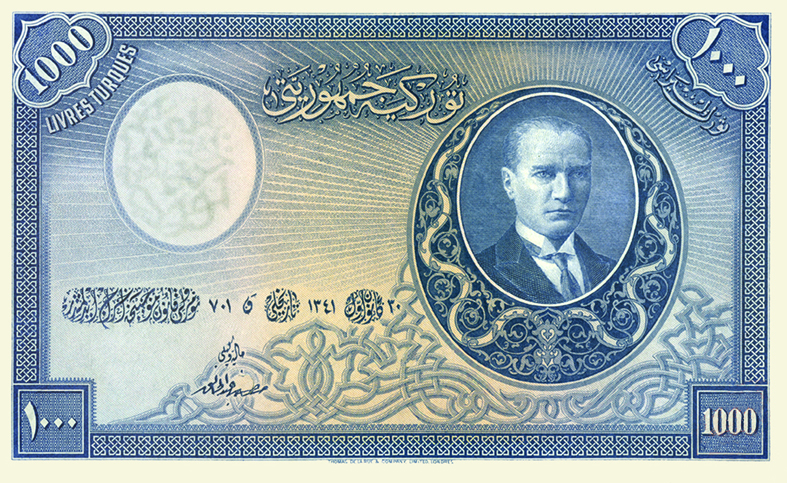 On 3 October 1931, the Central Bank of the Republic of Türkiye started its operations and the privilege of issuing banknotes was granted exclusively to the Bank for 30 years. Later, this 30-year limit was extended until 1999, and eventually removed altogether by a change in the CBRT Law in 1994.

Following the establishment of the CBRT, the banknotes printed before the Alphabet Revolution were replaced with the new ones printed in the Latin alphabet. The first banknote issued by the CBRT was the 5 lira banknote. Series 2 banknotes that contain this banknote remained in circulation from 1937 to 1944.

Attempts to establish a banknote printing plant in our country were initiated at the end of 1930s but postponed due to the Second World War. Efforts resumed in 1951, and the Banknote Printing Plant was established, producing banknotes that had earlier been printed in the United States of America, England and Germany. The 100 lira banknote of the third revised version of Series 5 was the first banknote printed by the Banknote Printing Plant in 1958. The 1,000 lira banknote, commonly known as the "Purple Thousand", was also in these series. 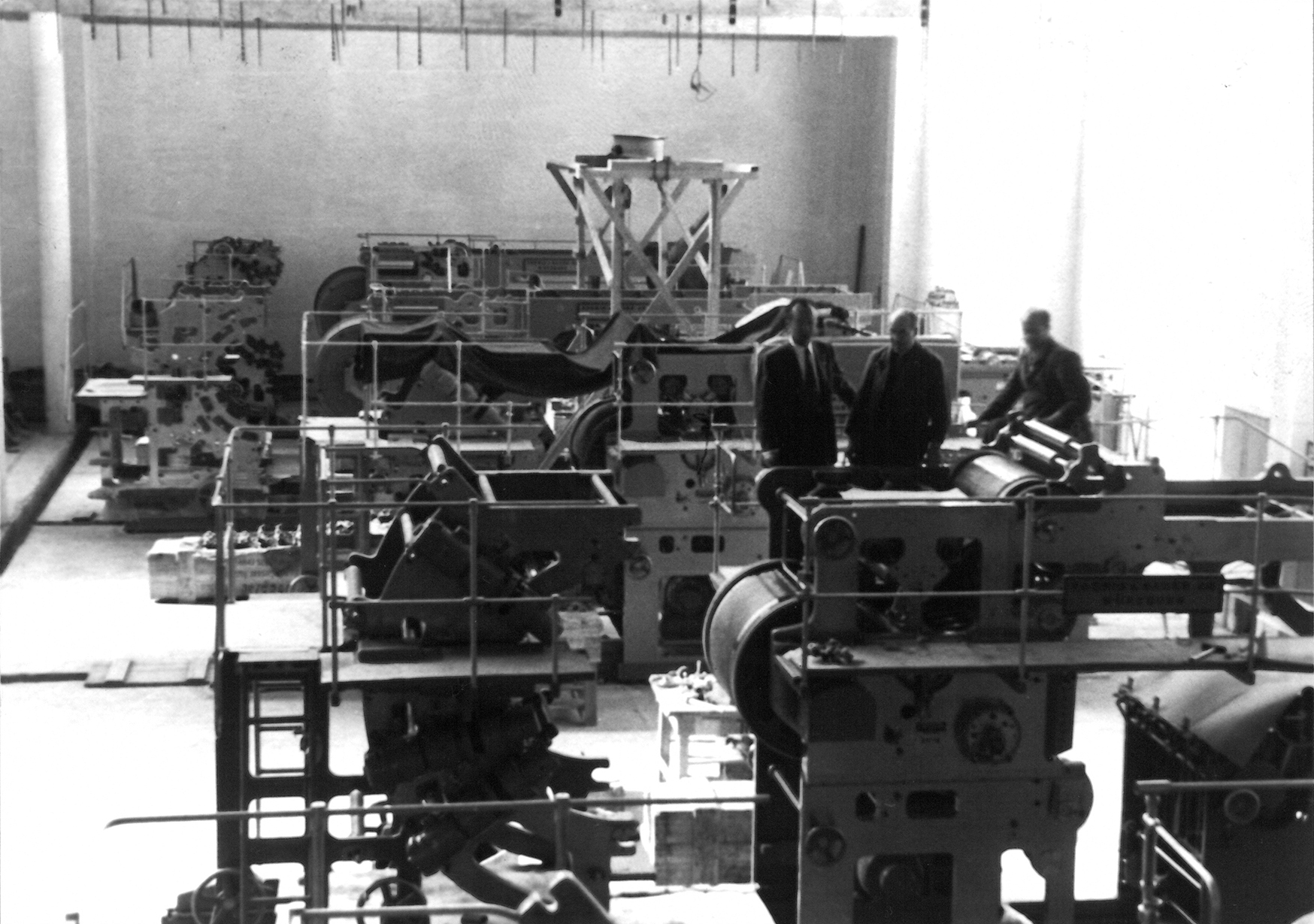 Since the foundation of the Republic, 24 different values of banknotes across nine series have entered circulation. All banknotes in the first six series and some banknotes of Series 7 were withdrawn from circulation on various dates and lost their value at the end of the 10-year redemption period.

The high inflation that started in the 1970s resulted in the expression of some economic values in billions, trillions and even quadrillions. The cash requirement of the economy was met by new high-denomination banknotes issued every two years on average starting from 1981. In the end, having the world’s highest-denominated banknote harmed the credibility of our currency.

In this regard, as the first stage of the monetary reform launched to emphasize the Bank’s determination to fight against inflation, to enhance the credibility of the Turkish currency, and to eliminate various problems arising from high denominations, six zeros were removed from the Turkish lira, and New Turkish lira banknotes of Series 8 were put into circulation from 1 January 2005 onwards.

On 1 January 2009, the second and final stage of the reform was launched by removing the prefix “New” that had been used temporarily to avoid confusion, and Turkish lira banknotes and coins of Series 9 were put into circulation.